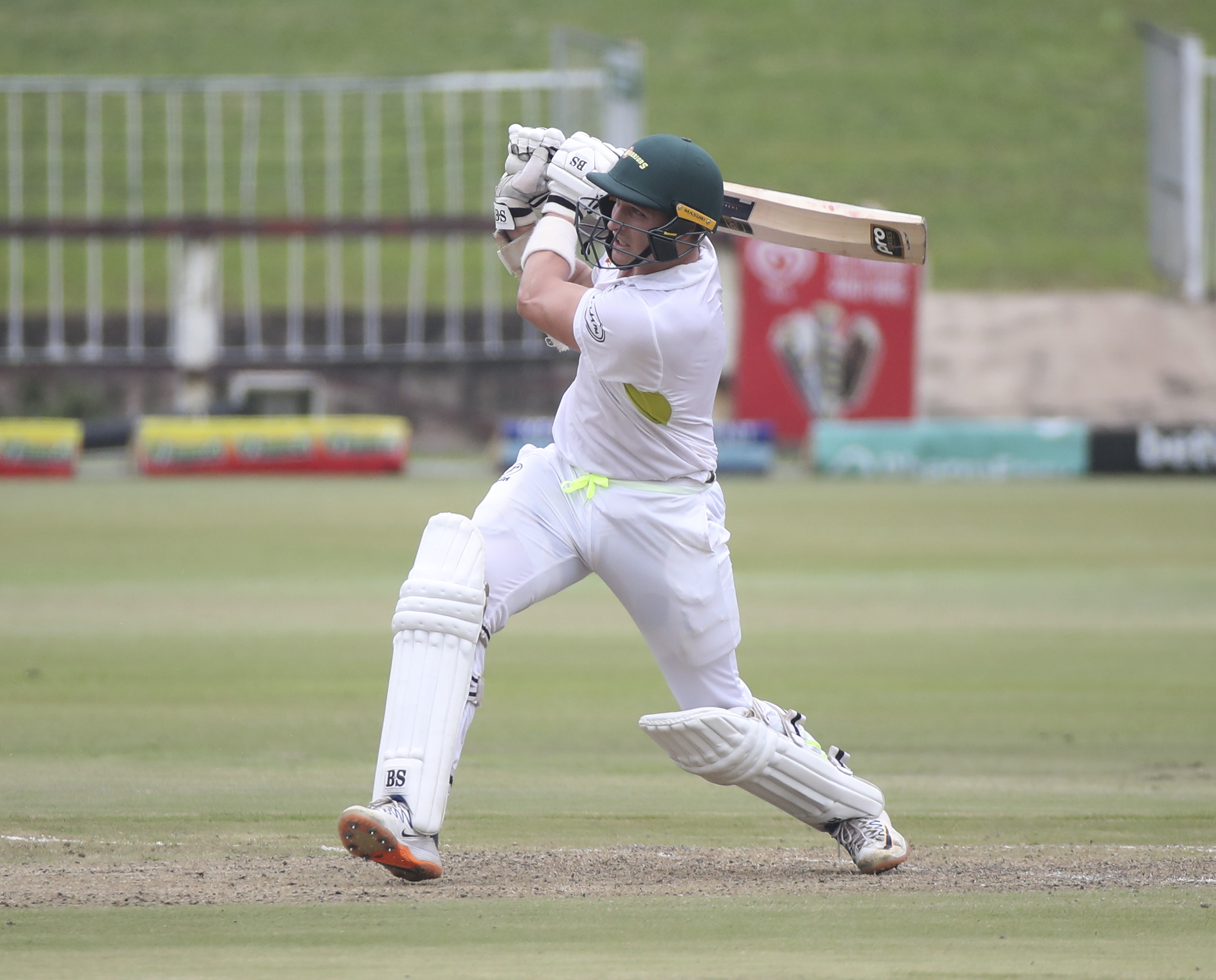 Eddie Moore recorded the highest individual score of the 4-Day Domestic Series season and his maiden double century before the Warriors’ bowlers drove home their advantage on a dominant day two against the Hollywoodbets Dolphins in Durban on Friday.

The left-hander, who had already beaten his previous best franchise score of 151 on day one, went even better by reaching his highest-ever first-class score of 228 (341 balls, 15 fours, 6 sixes) as the visitors piled on a massive 513 all out and then reduced the hosts to 157 for six at stumps.

That meant the Eastern Cape side were still a mammoth 356 ahead of the competition’s bottom side and in a strong position to push for a result over the weekend.

They have dominated the round five fixture in almost in its entirety with Moore at the heart of their effort.

The opener, resuming on 152 overnight, batted for over nine hours as he surpassed his previous best score of 227 not out for Eastern Province against Gauteng last season.

His score also beat Pite van Biljon’s 218 for the VKB Knights against the Dolphins in Bloemfontein.

The Dolphins finally struck when pick of the bowlers Prenelan Subrayen (4/110) accounted for the latter, but Jade de Klerk (45) helped drive his side past 500 and with a big psychological advantage at the changeover.

While they were in, they took their side to 50 for one and then 127 for three, but three wickets by Jon-Jon Smuts (3/40) and two by De Klerk (2/44) ensured there was only one team in the driving seat when stumps were drawn early due to bad light on the east coast.