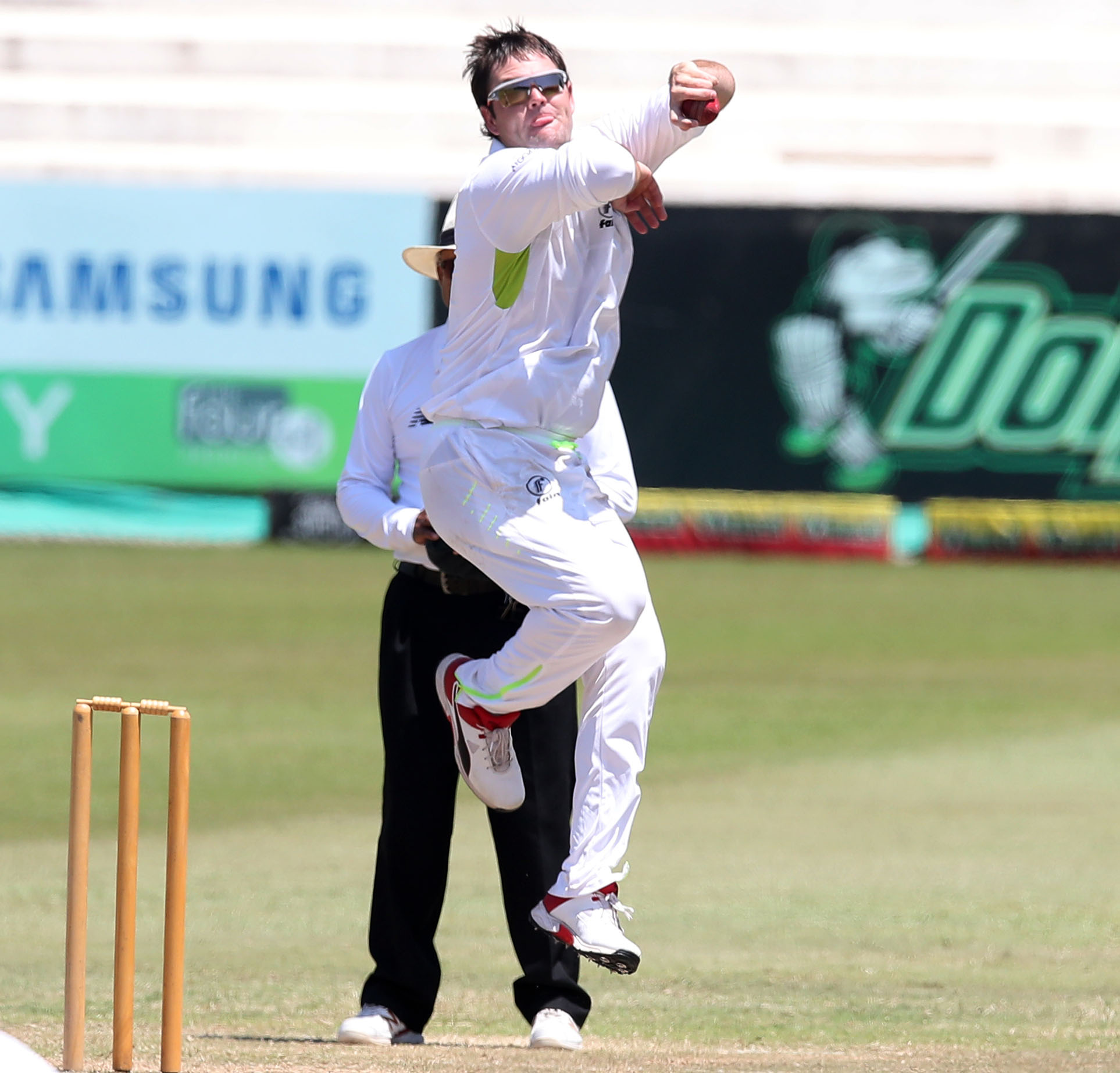 A career-best six-for by Jon-Jon Smuts ensured the Warriors remained on top of the Hollywoodbets Dolphins after the third day of their 4-Day Domestic Series encounter in Durban on Saturday.

The Standard Bank Proteas all-rounder claimed six for 50 and then another one for 85 as the hosts were first bowled out for 189 and then reduced to 208 for three in their follow-on innings – still 116 runs shy of making the visitors bat again.

This despite Grant Roelofsen’s seventh career ton and second at franchise level with the opener unbeaten on 101 (217 balls, 9 fours, 2 sixes) at Hollywoodbets Kingsmead Stadium.

However, Smuts’ best return, which beat his six for 80 for Eastern Province against KwaZulu-Natal at Port Elizabeth-NMMU in 2008/09 left his side in the driving seat against the competition’s bottom side.

The Eastern Cape franchise had begun day three in control, with the home side starting out in a deep morass on 157 for six.

Slow left-armer Jade de Klerk (3/66) claimed the initial breakthrough by removing Prenelan Subrayen (4), before fellow spinner and captain Smuts bamboozled the tail – including the last man that carried any hope for the Dolphins, South Africa all-rounder Senuran Muthusamy for 36.

Roelofsen and Sarel Erwee, who made 77 off 182 balls (10 fours), then provided the home side with cause to believe after they amassed a fine 164-run opening wicket stand.

But De Klerk removed the latter and Cody Chetty (1) either side of Smuts nabbing the vital wicket of Marques Ackerman (9), leaving the locals with plenty to do heading into day four.